After two millenia of oppression the tyrannical Empire's power is waning and their strangled hold on Omega Centauri will soon collapse. Your people have waited generations for this opportunity, but your race is not alone in it's hatred for the Empire. Other slave races see the Empire's weakness... and only one will ascend to rule.


Omega Centauri is a galactic empire building game of Exploration, Expansion, Exploitation and Extermination, a classic 4X game for 2 to 4 players. 8 races, each with their own unique abilities and strategies, modular map tiles and an AI enemy that develops alongside the players ensures no two games will ever be the same.


Build up your fleets to 'liberate' neighbouring systems from the Empire and your opponents. Combat is conducted using simple rules that involves no luck. Mine these sectors for resources with which to develop the culture of your race and score victory points, or send your reserve fleets on deep space missions to trade valuable goods, salvage damaged ships or discover alien technologies. 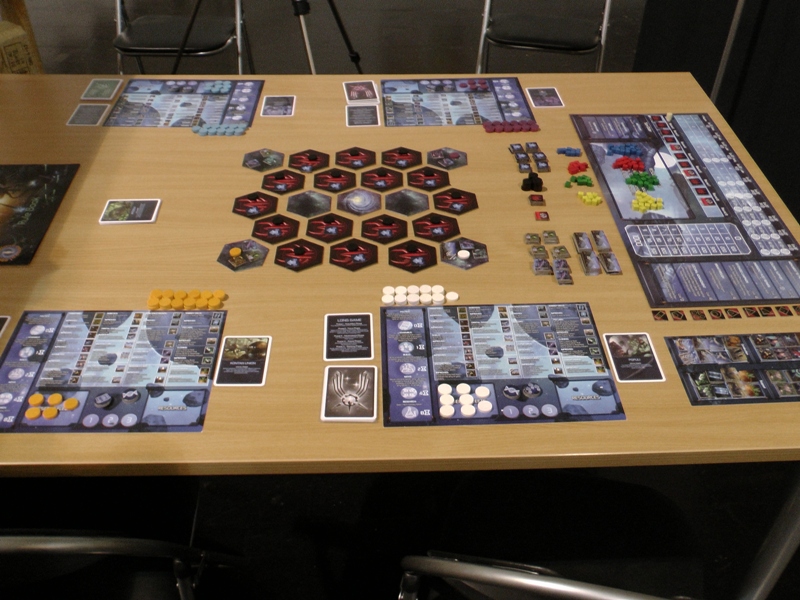 Below are some links to useful resources for Omega Centauri:

How to get in touch with us